Skip to content Skip to main navigation Skip to footer

The downside of single-threaded initialization is that it may take longer time to fully initialize the whole system, depending on the actual technologies configuration (number of initialized technologies and instances).

In multi-threaded configuration, instances of each technology are initialized in multiple parallel threads, one separate thread for each technology–model combination. This, in general, results in faster initialization of the whole system.
On the other hand, parallel threads may cause very intensive disk activity when the system reads source data for multiple technologies at the same time. This is notable especially by technologies like STT, where initialization of each model typically needs to read approx. 1 GB of data from disk. Depending on the disk subsystem performance, fragmentation, etc., this high disk activity may cause the initialization to actually take longer than if only single thread would be used.

The downside of multi-threaded initialization is somehow messy log file ;-), since the messages are written to the log as they come, making the eventual troubleshooting more difficult (nevertheless, each such message is marked by corresponding thread number).
Therefore this configuration is more suitable rather for stable environments, e.g. production deployments. 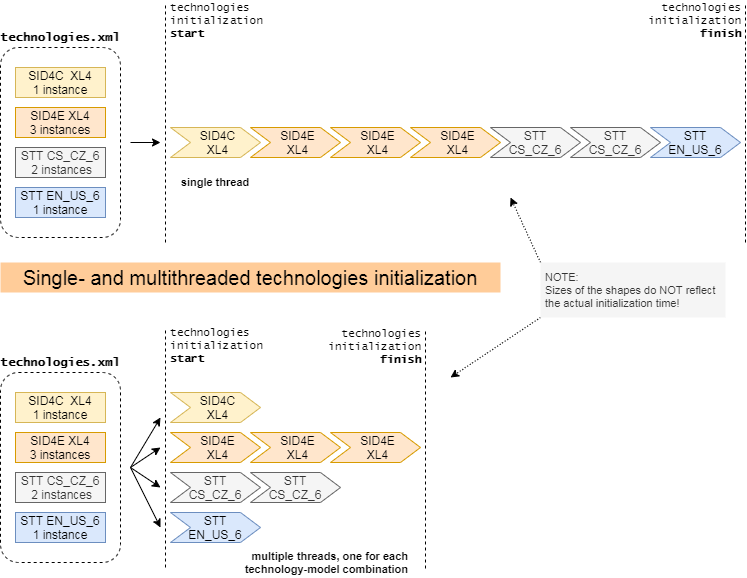 If the number of initialization threads is set higher than the number of technology–model combinations to be initialized, the excessive threads are simply immediately finished and not used.